Haunted Chicago History: The Top 5 Most Haunted Downtown Chicago Areas & A Peek At Their Eerie History

Chicago – as Carl Sandburg called it “the city of big shoulders.” Settled in 1780, Chicago has a long, rich history and culture. However, not all this history desires to stay in the past. Although perhaps less well known, the haunted Chicago history is no less interesting than the rest of Chicago history. This tour illuminates and creates additional layers of richness to the Chicago downtown. Everything from unexplained deaths, serial killers, and abandoned graves can be found in the streets that lie ahead. 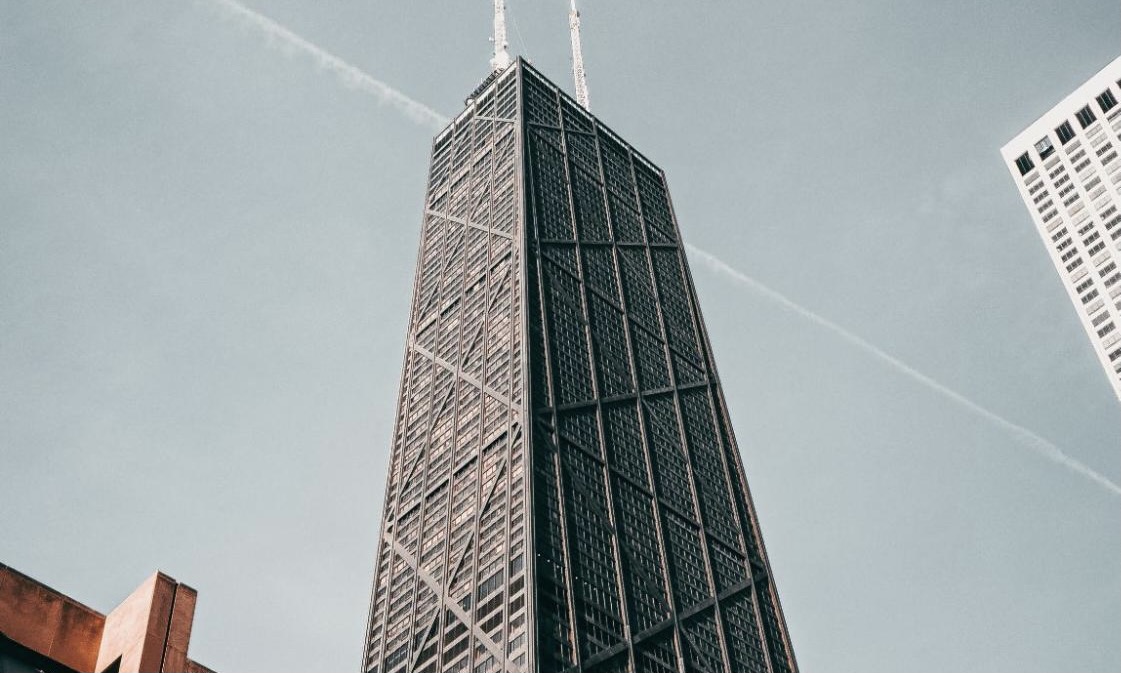 Beginning with one of the most famous structures in the city, the John Hancock Center adds to the richness of the haunted Chicago history. Finished in 1969 along the Magnificent Mile, the Hancock building is instantly recognizable for its innovative trapezoidal structure which enabled it to reach a height of 1500 feet. Numerous unexplained deaths have occurred, so much so that when John Belushi was a resident, he relayed them to Dan Aykroyd and Harold Ramis as they were writing Ghostbusters. A famous socialite plunged eighty-five stories to her death on Michigan Avenue after crashing through an unbreakable double-plated glass window. There is even a colony of spiders that annually run up-and-down the side of the building. However, as the city council was warned at the time of construction, the trapezoid is purportedly an arcane symbol that opens a gateway to other worlds. In addition, the John Hancock Center is the gateway to the haunted history of Chicago downtown. 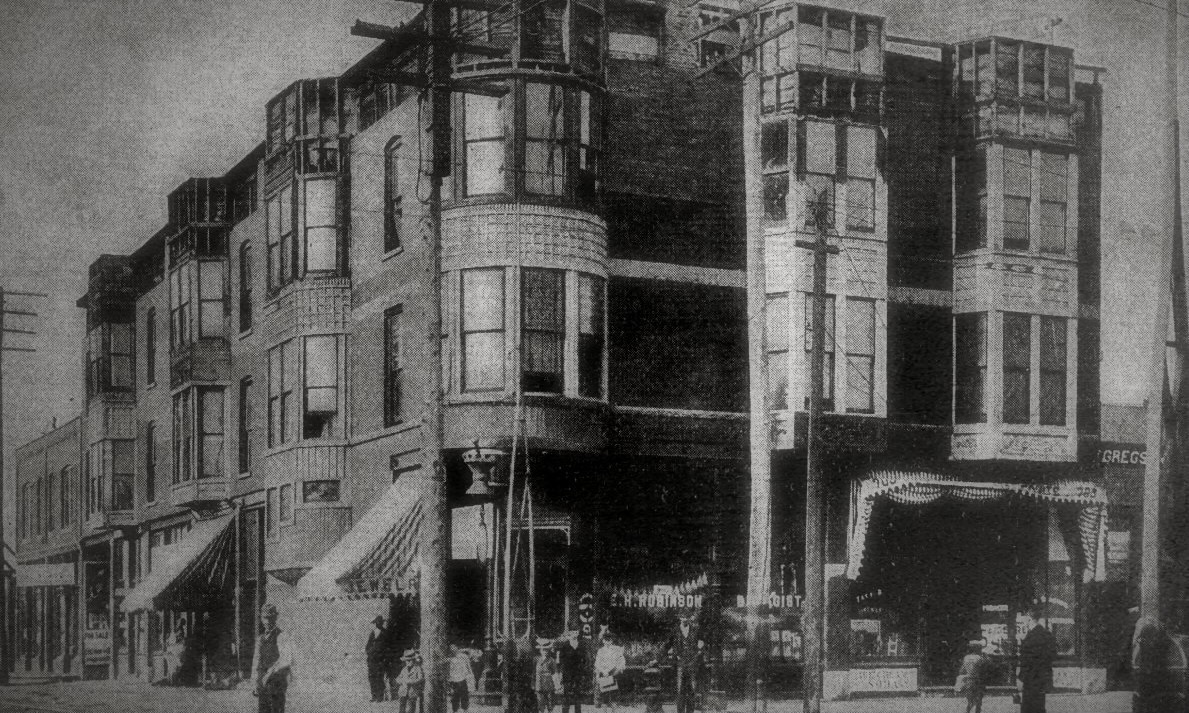 Leaving the Magnificent Mile, the next stop on the tour was the home to allegedly dozens of murders by one of America’s most notorious serial killers, H.H. Holmes. This seemingly standard, run-of-the-mill federal post office is built on the site of the infamous Murder Castle, which was built and designed by Holmes to coincide with the 1892 Columbian Exposition. Numerous unsuspecting tourists flooded the Chicago downtown looking for hotel accommodations. Unbeknownst to them, Holmes designed his hotel to include trap doors, secret rooms, and underground incinerators where he could eliminate his victims inconspicuously. He confessed to 27 murders, the police were able to confirm 9, and he was executed for a single murder: his business partner.

While the Murder Castle is no longer in existence, the souls of the victims seem unperturbed by the current tenants of the property.  Allegedly sharing a foundational wall with the Murder Castle, strange happenings have occurred ranging from instantaneous chair stacking to the sounds of a woman singing heard in various parts of the building. Holmes’s own descendent began to believe in the hauntings after experiencing intense physical and emotional effects during his visit to the post office basement. Holmes is known as America’s first serial killer and his story is explored in further depth in our Devil in the White City Tour based on the blockbuster by Erk Larson on Holmes’ life. 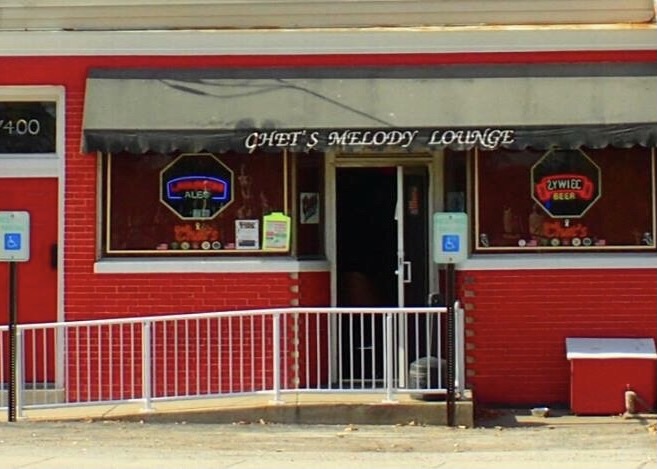 Shortly after her funeral, she began to appear to friends and family members in the cemetery. Soon thereafter, she no longer limited her travels to the cemetery. On multiple occasions, she stepped in front of her friends’ cars as they would come home from a night of carousing. She has stopped multiple taxis and asked to be taken right to Chet’s Melody Lounge, where she promptly stiffed them for their fare. In addition to Resurrection Mary, the building is also said to be inhabited by a Native American squatter who is still attached to what was once his home.

4. The Glessner House: The Lingering Spirit of the Craftsman

One of Chicago’s most beautiful remaining Victorian-era mansions is the next stop. Designed by famous architect H.H. Richardson, the Glessner House is designated as a National Historic Landmark. Using what were at the time state-of-the-art structural designs, Richardson incorporated Medieval European aesthetics into his buildings to enhance the available privacy in his designs. Unfortunately, Richardson died a mere three weeks after his masterpiece had been completed.

However, he was so proud of his design, that he continues to reside there long after his passing. Tourists have been known to interact with a kind man who explains the intricate details of the building and its designs. The tourists often remark to the staff about the kind tour guide with great knowledge of this beloved house.

However, famous historic homes and notable buildings are not the only locations where there is more than meets the eye. At this point, it should not be surprising that even a well-known menagerie is home to the paranormal. Founded in 1868 when the Lincoln Park Commissioners were gifted a pair of swans, the Lincoln Park Zoo is another part of Chicago history that brushes with the paranormal. People flock from all over the world to get to know the wildlife of the African continent, see the penguins and polar bears, as well as interact with the great apes and big cats.

However, this seemingly ordinary zoo has a secret history that yearns to stay in the present. Unbeknownst to most visitors, the zoo is located on the ground of what was once the Chicago cemetery. The wild animals in the zoo can thank a domestic animal for their current digs. In 1871, when Mrs. O’Leary’s cow knocked over the lantern to cause the Chicago fire, most of the grave markers in the Chicago cemetery were made of wood. During the fire, most of them were burned completely.

Despite recovery efforts, an estimated 15,000 unmarked graves remain in Lincoln Park. As a result, staff members at the zoo have encountered ghosts in the park. The police have been called to break up fights of people dressed Victorian clothes.  In the women’s restroom in the Lion House, people washing their hands look in the mirror to also see people in Victorian dress.

Chicago downtown is home to a rich history and culture. Part of that history and culture, though, is not always told. While reading about the haunted Chicago history can be fun and interesting, experiencing it brings it alive. Furthermore, even though exploring Chicago downtown alone can be fun, following a trained expert in ghost hunting and Chicago history further enhances understanding and appreciation for the culture of Chicago and Chicago downtown. We hope to experience Chicago’s Haunted History with you on our Original Chicago Hauntings Tour. 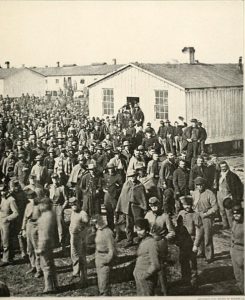 CHICAGO HAUNTINGS TV: The Soldiers Lot: Ghosts of Camp Douglas, the Confederate Mound and the Tomb of Stephen Douglas