The “Old Red Ship” and a Woman in Black: Ghosts of Chicago’s Maxwell Street Police Station

THE “OLD RED SHIP” AND A WOMAN IN BLACK: GHOSTS OF CHICAGO’S MAXWELL STREET POLICE STATION

Chicago’s well-storied Maxwell Street neighbor­hood has never been short on folklore. The jumble of life here has lived harder than most Chicagoans, seeing the place through from its tough days as the city’s sprawling ghetto, to its glory days as urban marketplace extraordinaire, to the hard times of a last stand of locals who remain despite the sacrificing of most of the area to the University of Illinois.  Myths, too, are more monstrous here than in the city’s other environs, from the legend of the devil baby who showed up in the early twentieth century on the doorstep of Jane Addams’s nearby Hull House to the rumored ravings of former prisoners from the shuttered dungeon of the notorious Maxwell Street Police Station.

Indeed, some of the very first ghost stories I ever heard were as a child, sitting on the watch commander’s desk at Maxwell, one of the places my dad and I would go on our frequent outings together, as he has worked out of the station during is time as a cop.  I still remember my wide eyed silence as he told tales of the phantoms of Maxwell Street.  I remember wanting to go home . . . but also wanting to go downstairs!
By the time it was glorified nationwide in the early 1980s, in the opening frames of the popular TV crime drama Hill Street Blues, the Maxwell Street Station (943 W. Maxwell Street) had already endured nearly 100 years of notoriety in its own town. From its inception, it ruled over the precinct the Chicago Tribune christened “Bloody Maxwell,” a turn-of-the-nineteenth-century name that would fit well into the twenty-first. For this was “the crime center of the country,” filled with “[m]urderers, robbers and thieves of the worst kind.” And in those days of Eastern European immigration, and the later days of African-American and Hispanic infusion, the Bloody Maxwell station was known variously as “The Old Red Ship,” “The Old Fortress,” and “The Rock of Gibraltar.” Built to last in 1888, the red and gray stone building towered above the incessant swarm of life here, staking a claim for good at any cost in “the wickedest police district in the world.”

Like the facts behind the beatings alleged to have occurred here with alarming frequency until its closing in 1951, the ghosts of the 12th District dungeon are hard to lay hands on. Despite their vagaries, how­ever, they are easy to believe in. The dungeon’s history is rife with shock tales: the dozens of prisoners who “fell” down the two flights of marble steps to the front desk; the reported beatings on the kidneys with phone books; the sudden and numerous deaths of perfectly healthy inmates. Whether any of these stories are true, the living hell described by one prisoner was fact: 31 cells, four of them women’s, were installed in the station’s cellar during a surge in crime at the beginning of the twentieth century, during which officers at Maxwell wrote up a murder a day. For half a century, prisoners in the station’s near-catacombs urinated, vomited, and bled into troughs dug from the floor, the refuse flowing under the cells of a dozen fellow convicts. Rats flourished. The walls grew black and blue with graffiti.

Though the allegations of “lower Maxwell” beatings were halted by the mid-century shutdown of the basement cells, rumors of the cells’ continued use abounded, in and out of police circles. The city finally sawed the dungeon bars down to the floor sometime in the 1970s. They said it was to usher in a new era at Maxwell.  The cops say it was to try to stop the screaming.

Though the Old Red Fortress has, like much of the Maxwell Street neighborhood, been consumed by the University of Illinois at Chicago, stories of its dungeon prevail, along with reports of bloodcurdling cries seeping from the basement windows. Also alive and well is another Maxwell Street mystery: a local legend known only as the Lady in Black.

Hailing from the earliest days of “Bloody Maxwell,” as betrayed by her 19th century period clothing, a silent female phantom has been known to play both guardian angel and prophetess to unsuspecting citizens. The country was introduced to the kindly specter through television’s Unsolved Mysteries, which documented the rescue of a motorcyclist in the Maxwell Street area by a mysterious black-clad woman who saved the stranger and vanished into thin air. Paramedics testified to the incident, adding to the credibility of the tale.

Similarly, in the late 1960s, a Chicago Police recruit encountered a mysterious woman outside a local eatery at Maxwell Street. The meeting would remain with him more than 30 years later:

I was twenty years old. I was enrolled in the Chicago Police Academy, which was located near Maxwell Street and the Dan (Ryan) expressway. I had been attending the academy for several months and was taking lunch with two other academy students.   As we entered a small restaurant in this area, I remember a white lady dressed in all black clothes. Her dress reminded me of someone from the 1800s, and the reason I mentioned her color is because the area was basically a black neighborhood and seeing a white lady in this area made this individual encounter even stranger.

Now, as I stood in the entryway to the restaurant with my friends on either side of me, this Lady in Black came up to me   and looked right into my eyes. Without a word or hand gesture   or even a facial expression, she somehow communicated to me to hand her the pen and small note pad I had in my upper left hand shirt pock­et. I did just that without knowing exactly why. She took the pen and note pad and wrote something into the note pad. Then she looked at me and shook her head in a gesture of no, no, no. She handed me the pen and note pad and left abruptly.

I looked into the note pad and noticed what she wrote: my name and my birth date. But then I also realized that it was in my own handwriting. I quickly turned to my friends and asked them, Did you see what the lady just did? They responded to my question as though I was crazy: What lady? They acted as if nothing unusual happened, and we went into the restaurant and had lunch.

Well, this strange little encounter stayed with me. … I felt she was telling me to leave this career in order to save my life. 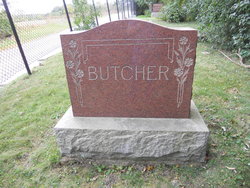 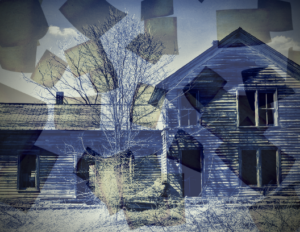 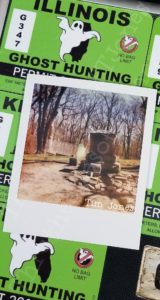