By the year of the Great Fire, 1871, the U.S. Custom House had operated in Chicago’s present-day Printer’s Row area for a little over fifteen years. The building housed not only the Collector of Customs but the equivalent of the IRS, the Steamboat Inspector, the U.S. Commissioner, the U.S. Marshal and the postal clerks’ offices.  On the top floors were the federal courts, district attorney and clerks of court. Wryly, the Custom House was one of several so-called “fireproof” buildings that would be decimated by the Great Fire in 1871.

After the Great Fire destroyed the Custom House, the U.S. government moved their various orphaned offices into Congress Hall, an old hotel at Michigan Avenue and Congress Boulevard which had survived the Fire.   A decade later, the building would be razed to build the new Auditorium Annex Theater (today’s notoriously haunted Congress Plaza Hotel), for visitors to the World’s Fair of 1893.  But just after the Fire, by December of 1871, the new Custom House headquarters were already known as haunted.

Soon after their tenancy began, stories of phantom footfalls and other strange sounds began to be reported by government workers, and—not long after– a chilling story surfaced to explain the strange events, which were tied to a porter who had worked in the old Congress Hall Hotel.

The dead porter’s former roommate told the tale of an evening when his friend had gone out to bathe in the Lake. When the porter came back later, his friend saw that he was pale and distressed, and he got into bed with his clothes on, falling asleep without a word.

In the morning, the porter was gone.  Later that afternoon, while his friend stood chatting with an associate in the lobby, the body of the porter was brought in on a stretcher.  He had drowned the evening before in Lake Michigan.

Not long after the man’s death, the housekeepers at Congress Hall Hotel began to report strange noises in his former room and a feeling of unease. Then, one night about three months after the drowning, several people saw the dead man appear, dressed in soaking wet clothing, standing in the doorway leading to the yard of the hotel.  The night watchmen at the hotel also reported hearing the sound of walking between 9pm and midnight most nights,  and the engineer claimed to have heard someone snoring in his room when he was quite alone. On another occasion he went into the basement, where the porter used to nap on his duty nights, and found the chairs turned upside down, inkstands overturned, and papers and other items strewn about the room.

Another night watchman was driven nearly crazy, reporting that he was constantly followed by phantom footsteps while making his rounds, the footfalls walking when he walked and stopping when he stopped.

Today the site where the Congress Hall Hotel once stood is occupied by the looming Congress Plaza Hotel, known as one of the most haunted hotels in the world and—for my money—the most haunted building in Chicago. Myriad spirits roam these halls, the victims of so many tragedies that occurred here over many, many years, including those of numerous accidental and purposeful drownings in the lake. Whether the porter who suffered here so many years ago is part of today’s gathering of ghosts is anyone’s guess.

If he still walks the halls, however, he has a lot of company. 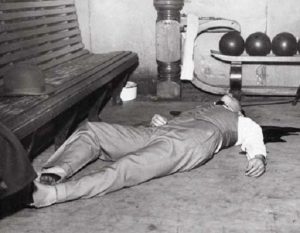 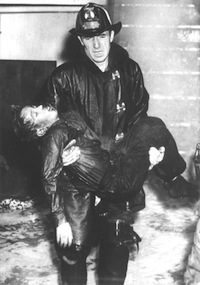